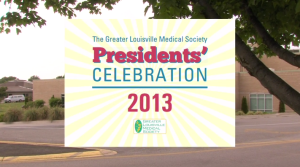 On May 19, 2013 the Greater Louisville Medical Society held its annual Presidents’ Celebration at the Kentucky Country Day School Performing Arts Center in Louisville, Kentucky. On that day I was honored by inauguration as president of the medical society. Early in my address to those in attendance I was abruptly interrupted by a “heckler” in the audience. Here is a transcript of that encounter… 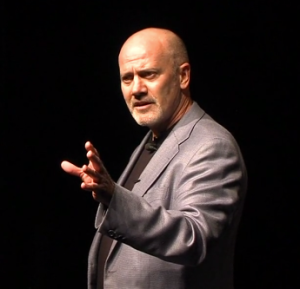 A play in one act by James Patrick Murphy, M.D. 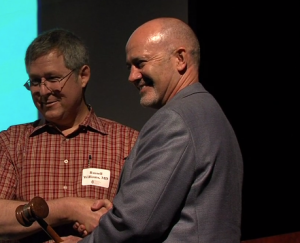 Doctor Murphy (DOCTOR) – A physician who has just been given the gavel and installed as the next president of his medical society.

Voices in unison (VOICES) – A group of people off stage who are never seen, but say the last line in unison.

The lights come up to reveal DOCTOR on the stage, addressing the audience. DOCTOR’s first line is somewhere in the middle of his acceptance speech. 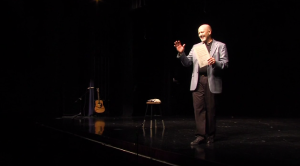 I know there are actually some of my patients out here too. And I won’t ask anybody to raise their hand, because I understand the confidentiality but thank you…

(DOCTOR is interrupted by a voice from the darkened audience) 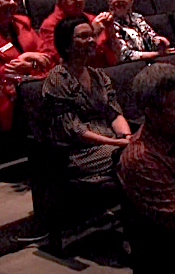 (Peering out into the audience, sheepishly) 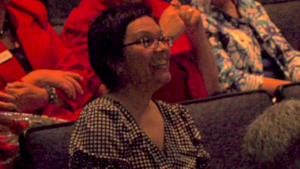 Yeah, you may not remember me, but I sure remember you. Thank you.

(DOCTOR is smiling, but is clearly rattled by this interruption)

Thank you. Uh… Just a second. Can I talk to you?

(PATIENT gets up from audience and meets DOCTOR at the corner of the stage. After brief hushed conversation, DOCTOR invites PATIENT up onto the stage) 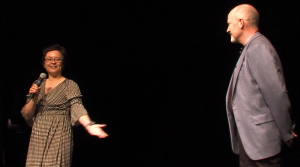 (To audience, holding a microphone)

Well, I was Doctor Murphy’s first patient, ever. I was only eight years old. And he was on his… (Turns to address DOCTOR) You were on your first clinical rounds, your rotation in med school. And you came every morning and looked in on me and checked my pulse and my temperature and my lungs and got me ready for my open-heart surgery. (To audience) I had open-heart surgery. I was so little and so scared. 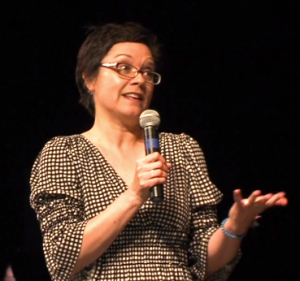 (To DOCTOR) And you just let me know that everything was going to be OK, that I was going to do great. And I did! And I swore I would never forget you. And I haven’t.

Well, thank you so much. That’s great. (To audience) Isn’t that great? I remember that. Thank you.

(DOCTOR reaches to take the microphone from PATIENT, but at the last moment PATIENT pulls away and continues speaking into the microphone) 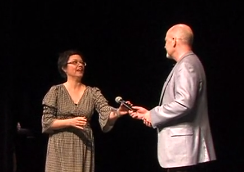 Thank you and I didn’t…I…I…You rotated away after that.

Yeah, I know. I rotated in medical school. 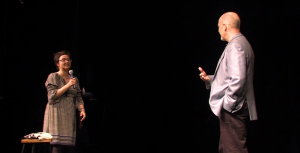 But that’s OK. You don’t have to explain anything, because I understood. I know how those things go. I trusted you and I was grateful for all that you did for me. 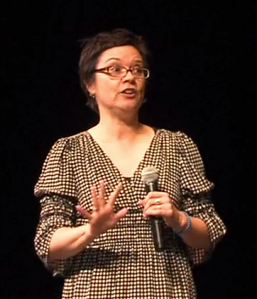 (DOCTOR attempts to applaud, but is cut off by PATIENT)

(Backing away a little more)

Oh and I remember I saw you at that clinic in the navy hospital in San Diego. Yeah, I was so nervous and you had some really bad news to give me, but you set me up with a specialist. But then after that I never saw you. You left the hospital after that.

(Backing away a little more)

And then I remember you were my anesthesiologist before my surgery. I was waiting for my surgery. And you were a little bit under the gun, because the OR was ready and the surgeon was ready and standing by. And right before we were going to leave to go in I asked if I could pray with my pastor. And you stopped everything and let that happen. 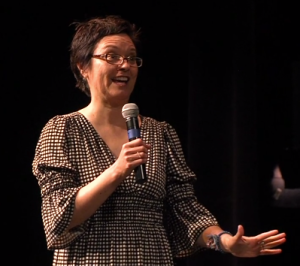 Yeah, I remember that. And I hope you don’t think that you were inconveniencing me at that time.

(Backing even farther away)

Oh no no no. You don’t have to say anything. I understand. I trusted you. And I was grateful for all that you did for me.

And then I had to have all those pain medications because I had five back surgeries. And the insurance company had some doctor I’d never seen before look at my records and not at me. And you did write a letter after they said that the insurance shouldn’t have to pay for my medications. You wrote a letter but they still denied my medicine. 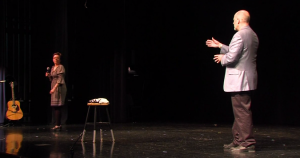 I know. I was going to call, but, you know, the preauthorization takes so much time. And I’m so busy. And I have to see a lot of patients. I have to pay my bills.

Yeah, I understand. You don’t have to say anything. I trusted you. I was grateful for all that you did for me. 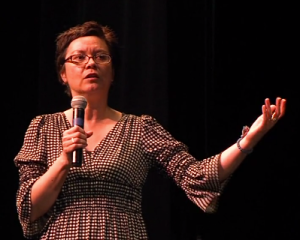 And then I got that letter. I got that letter that started off, “Dear Valued Customer.” And then went on to say that I was going to have to get another doctor because you were not in my plan. You’d been cut out of my plan. Or because you’d started working for this big health care corporation and they didn’t accept my insurance. So I had to go find someone else and start all over. 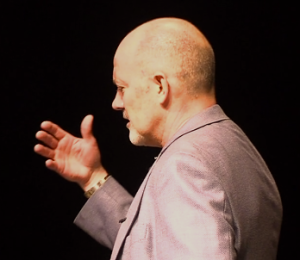 Well you know there are so many regulations now. There’s so much. There’s laws. And there’s the EMR. I have to document so much stuff. I can’t do it on my own. I have an employer now. I’m part of a corporation. I have corporate policies. (PATIENT is now exiting the stage) You know, I want to be your doctor. I want to be the leader of the health care team. 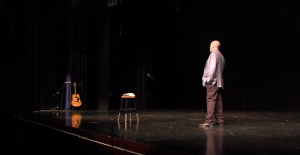 (No longer on stage, now only a voice on the PA system)

I don’t think that’s OK. I really don’t like your explanation. I’m not sure I trust you anymore. I am not grateful to you. I’m not a person anymore.

I am a population. 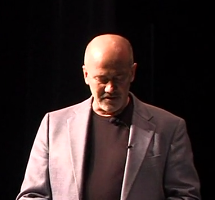 Postscript: Silvie Zamora played the role of PATIENT. Silvie is an incredibly talented actress and dear friend. She and her equally talented husband, Phil Ward (also a lifelong dear friend), were vital to this little one-act’s artistic value and true message. 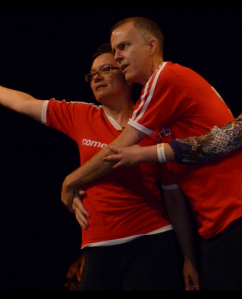 When you watch the video, keep in mind this was never rehearsed on stage. Silvie is the queen of improvisation!

Initially, the audience was not aware that this was a ruse. From my vantage point on stage it was fun to sense each individual gradually becoming aware that they were taking part in a group theatrical event.

“FRAUD” was written to be a wake up call for all physicians.

And, by the way, the events depicted in the play actually happened.
…and this just scratches the surface.

Here’s the link to the “Fraud” video: